Custom enamel pins have been created to recognize a few stories and recognize Waterloo Region as the #CreativeCapitalOfCanada.

The goal of the pins and the movement is to celebrate the community's success stories and highlight how Waterloo Region is backed by a history of problem solvers.

Elvis had blue suede shoes, but Waterloo Region invented the model for community recycling. Before iPhone was the BlackBerry; the device that made phones smart. IMAX, a bigger than life idea that made movies way bigger than life all thanks to IMAX founder and Cambridge native Robert Kerr. Thanks to the The Wil-Tel Oil Signal you know when to head straight to an auto mechanic. And, it was invented in...you guessed it. 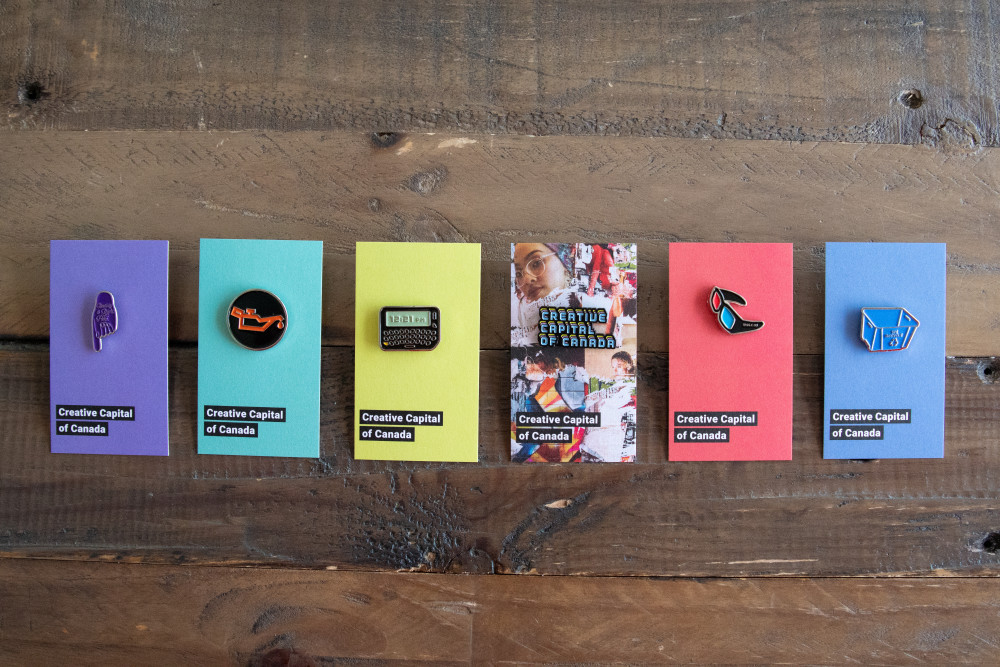 Jon Johnson, graphic designer/owner of BRFC/Bearface Design also took a cheeky route and collaborated on a pin that reminds you of how mom knew you were creative... and that you still are. 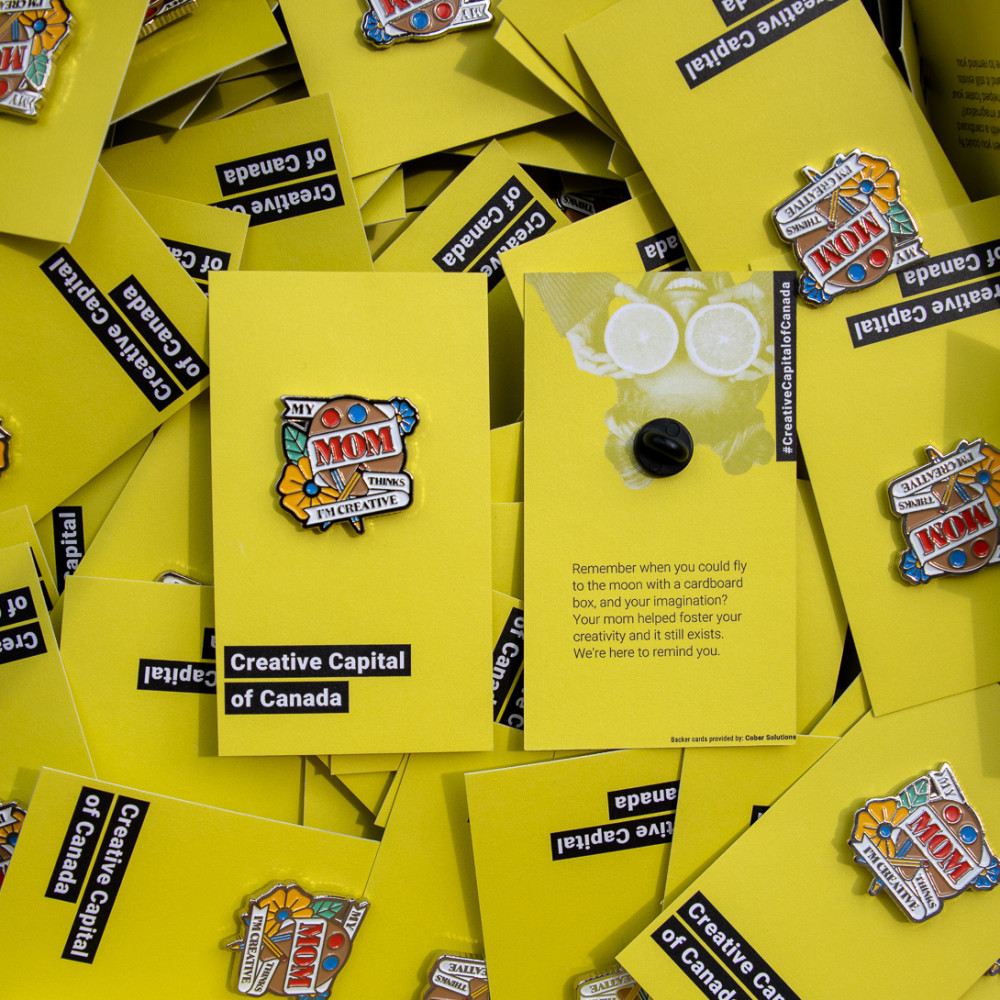 Waterloo Region is a special place. From the Blue Box to BlackBerry to the best hockey skates and more – we’ve given the world a lot. That history of invention put us on the map... now we’re claiming that spot as the Creative Capital of Canada.

The Creative Capital of Canada movement is made up of a group of people, companies and organizations that want to publicly celebrate what led to Waterloo Region’s success. Which is considered to be problem solving creativity.

The movement started with a thought and conversation and led to a growing commitment from early supporters. Others joined and the movement continues to grow and cheer on Waterloo Region’s creativity.

A community attracts what it celebrates and slowly loses what it doesn’t. It’s that simple. Problem solving put this region on the map. We think it’s time to claim that spot on the map as the Creative Capital of Canada. 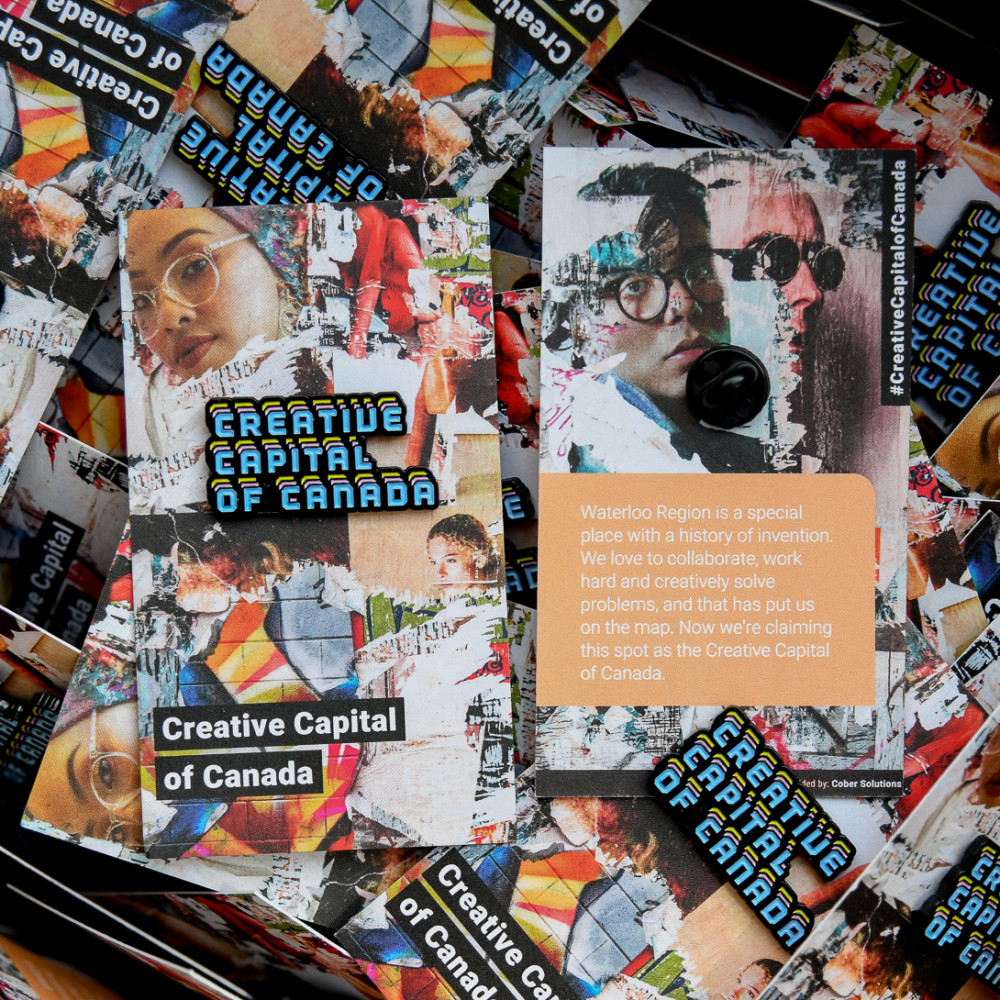 The pins will be available of storefronts and organizations across Waterloo Region for $5.00. The funds will remain with the storefronts below to help fuel creative collaboration in the area.

Below are a few places you can stop by to pick up a pin:

Art installations to be revealed along ION route

Ten artists were chosen two years ago to create artworks along the ION route. The region invested more than $975,000 to include the pieces, focusing on the cultural addition to the light rail.